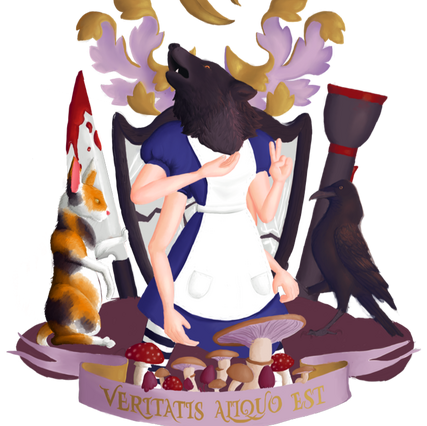 The Flock of Changes

Four-ish facets acting as parts of a single conceptual "person" and calling itself the Flock of Changes. A subcollective in the ? Haunting.

This site is a guide to muir median collective and shared, fluid experiences of identity as a plural alterhuman ⎇ 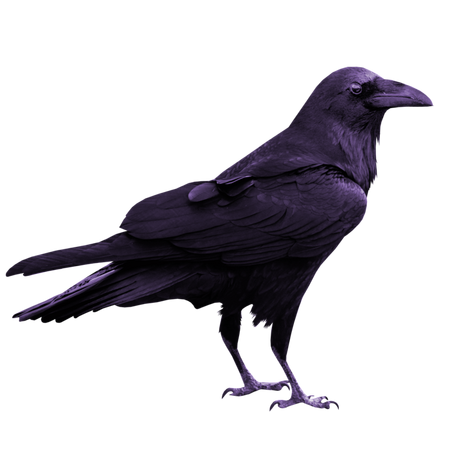 Wei're a median collective that might use words like fractal, schizogenic, quoigenic, or quoispiritual to describe muir experience of that, for anyone who wants to know.

⎇ Wei're divided into regular facets (the operational layer) and retired hosts (the "storage" area); there's also a void of fragments capable of joining and fracturing and re-joining into new facets and identities. Wei don't have a clear understanding of how wei work, though, and have tossed around a lot of ideas over the years.

⎇ Wei're schizoaffective, and this uniquely affects muis out of everyone in the greater ? Haunting. It's something wei consider developmental (considering wei mistook it for autism for a long time!), and makes life interesting. It probably also plays a role in muir medianhood and why wei're structured like wei are.

⎇ Individual facets have their own flavor on the joint identity, and have their own identities as well. This includes experiences of gender, orientation, interests, opinions, feelings, identification with the body life, memories, and other alterhuman identities, so not every one of those is readily accessible at all times.

⎇ Most of muis identifies with most memories of life in the body, even if wei don't necessarily identify as every past host that's ever run the collective. E.g. 15-year-old host facet is not who wei are now, and wei don't identify as being him even if wei identify with the memories of being that age.

⎇ Wei've been pagan (in varying flavors) for a long time and are currently practicing Kemetic Orthodoxy as a primary path, with a long history of Lokeanism, and some pop culture paganism involving Lloth on the side. 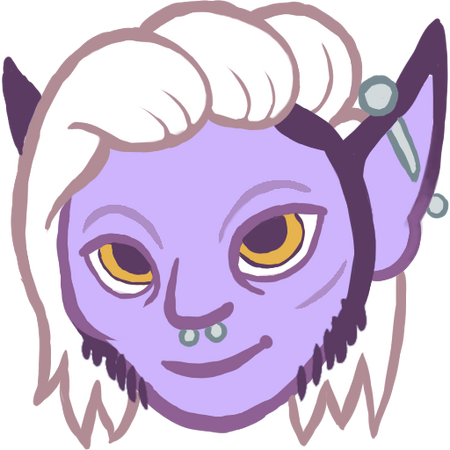 The collective names (casual and formal) for all the facets contained within the collective. Wei all share a joint identity as Rook and carry most of the first-hand identification with memories involving the body up until the discovery that we weren't alone in it.

While each facet has individually preferred pronouns, wei all answer to it/its pronouns. Sometimes wei blend together and just default to this name and general identity.

Prefers fae/faer pronouns individually, and identifies the most as a genderfae, stone femme aromantic.

Alice is a fableing from the American McGee's Alice canon, and has other identities alongside that. Fae is the facet we suspect has been here as part of muis for the longest time, and has the most interest in horror genre and tradgoth things. Fae also identifies strongest with our schizoaffectivity, having carried it from faer other life to this one. 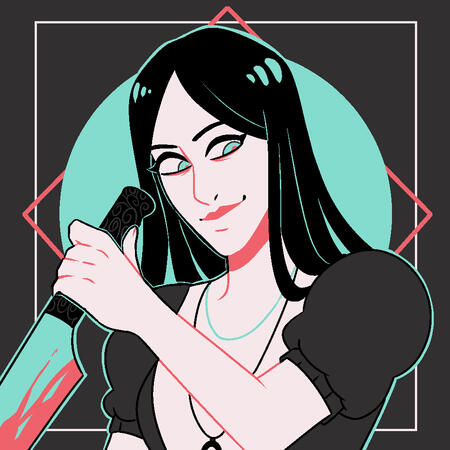 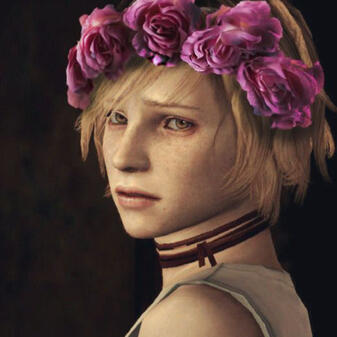 Prefers shx/hxr (which shx imagines sound like radio static but practically pronounces like she/her) and considers hxrself a magigirl and the sole 'human' in the collective. Shx's a sphinx furry and magical girl (Princess Heart) by choice, and a Silent Hill 3 fableing by birth.

Once went to Centralia, PA and sprayed "Heather Mason Was Here" on Graffiti Highway.

Prefers ae/aer or it/its, and is the token demisexual facet. As a changeling, ae experiences a unique cultural and species-specific sense of gender that ae's labeled "deltan."

Ae exists both here and in another parallel life that's connected to aer source D&D campaign. 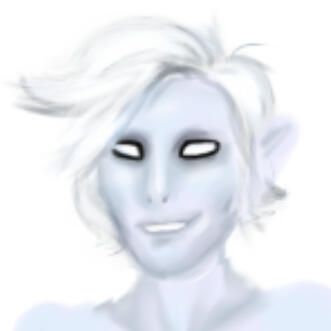 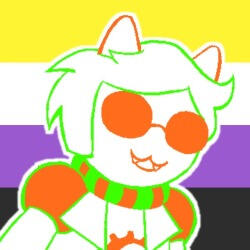 Prefers ne/nym/nir and tends to label nymself "nyanbinary" and a catgirl/birdboy baph. Ne's a Homestuck fableing in a collective that's never finished Homestuck nor even knew ne existed while trying to figure out why it kept feeling a davesprite and Nepeta presence around.

Ne is prone to existential crises over having insight into every timeline of every version of nymselves, and launching nymself across furniture while making cat puns about "purrkour."

Each facet, as well as the whole collective, may have further alterhuman identities to elaborate on, so wei've added that here.

If you think to yourself at any point that this gets confusing or complicated, be assured - it is, and wei're confused by it, too.

When we use certain words, they're often a shorthand to communicate to others what would otherwise be much harder or that would take longer to explain fully. However, many people won't know what these mean without context, and some of these words are ones we use just for ourselves anyway, so here's what we mean when we use these words. These aren't authoritative definitions, just personal ones.

Alterhuman -- someone with a non-typical experiences of species identity, embodiment, narrative identity and/or personal mythology; someone whose experiences are outside of the cultural norm of what's included as "human." Elaborated on here.

Quoigenic -- in relation to intra-community discussions and issues, it often becomes necessary to state whether or not you believe you formed from trauma, or how you believe you formed in general. "Quoigenic" is a way of saying things like "it's not your business," "who fucking cares", "my answer can't be understood this way," and various other non-answers. Further defined here on the blog of the coiner of the quoi- prefix that began in aro/ace spaces.

Schizogenic - "formed from schizophrenia;" wei sometimes use this lens to explain the structure and existence of muirselves as a median fractal to "ipseity disturbances" in schizophrenia, combined with a high capacity for dissociation. This is not the sole explanation for muirselves, but one lens wei can look through.

Quoispiritual - the question of our spiritual existence doesn't have a clear yes or no answer. It's not useful to ask if wei're either spiritual or not because the answer isn't one-dimensional and clear, and wei may not even be in agreement on it or have a consistent opinion at all.

Pluran - a demonym for a single individual within a plural system, with explicit connotations of the fully recognized personhood of the individual. Used the same way "person" is in a sentence.

Fractal -- describes the "shape" of the subsystem as one where each facet contains even more identities, and fragments may dissolve and re-form into new facets and identities many many times over.

Median -- a plural group where the members and/or their identities aren't fully separate in some way, and at the same time are not fully singular.

Subcollective -- a plural group within a plural group, where the sub-group is a gathering of many minds that form one person in the larger group.

Front-runner -- anyone who fronts enough to have a stake in the body's everyday life.

Fictive -- someone whose primary, most foundational identity and/or memories is also a character/are also from a character from fiction in the outworld. E.g. Someone who is born and raised as Mickey Mouse in his own world later comes to share a new life in a body that was raised differently and named Sally.

Fableing -- a facet in a median system that feels somewhere between being a fictionkin identity and a fictive one, due to medianhood causing more of a unified separateness of identity that can be more primarily fictional while carrying the body's life memories and identities at the same time.

Walk-in -- someone who "walked in" to the system from somewhere else. May or may not walk out again.

Each facet has their own identities even besides being fableings, and here's where wei'll list those for the people who it's relevant to.

⎇ Circus Baby (Sister Location) - an identity that began as a delusion to cope with a flashback, and just ... stuck around afterwards. Has a spiritual component as well, since it feels like ... a gift?

⎇ Malkavian Vampire (Vampire: the Masquerade) - a heart-type that resonates with the "madwoman" trope Alice has going on. 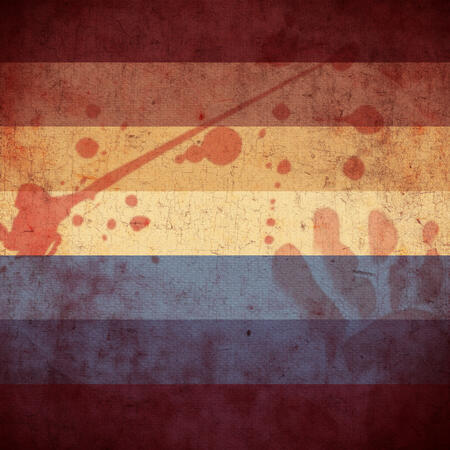 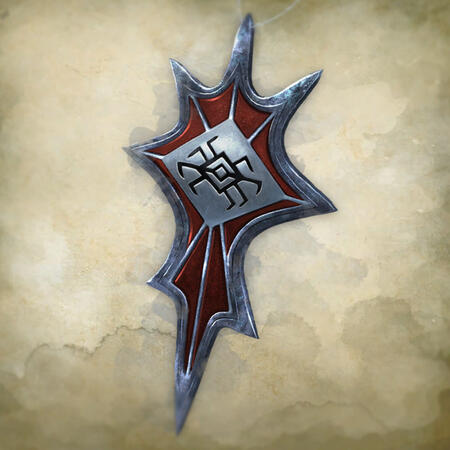 ⎇ Lloth (Dungeons & Dragons) - in aer campaign, ae is the physical incarnate of two deities, one having absorbed the other. In this case, Lloth won out. As an extension of this, Wix has spent a majority of aer life also identifying as drow.

⎇ the Traveller/Corellon Larethian (Dungeons & Dragons) - the god of surface elves, known to changelings as the Traveler, was devoured by Lloth. His power became part of Wix as part of the deific incarnation thing.

⎇ African Wild Dog Gnoll - not sure where it came from, but Wix deeply relates to gnolls and painted dogs, and especially gnolls that look like painted dogs.

⎇ Indoril Nerevar (The Elder Scrolls) - wei've had a connection to Morrowind for a very long time, and this came to a head when wei awakened to this part of muirself. Potentially shared with Alice. Identifies as a Dunmer by extension, but oddly not as a Chimer.

⎇ Sea Elf - a form that Wix would frequently take on during aer days as a pirate. Feels nostalgic.

⎇ Kobold - a form that wei became spontaneously aware of, probably as a way to adjust muir body image to cope with weight fluctuations. Thicc kobold is one of Wix's forms now.

⎇ Davepeta is unique in being the ultimate manifestation of every Dave and every Nepeta from every possible Homestuck timeline. This results in a lot of fluctuations in which versions ne connects to at any given time. That said:

⎇ The Dave part is most often specifically a Davesprite, and manifested as Davesprite cameo shifts for a long time.

⎇ The Nepeta half is hard to connect with since wei haven't read the comics enough to have any context for her story.

⎇ Is basically a sub-subsystem where the Dave and Nepeta parts sometimes communicate or aren't fully fused all the time. 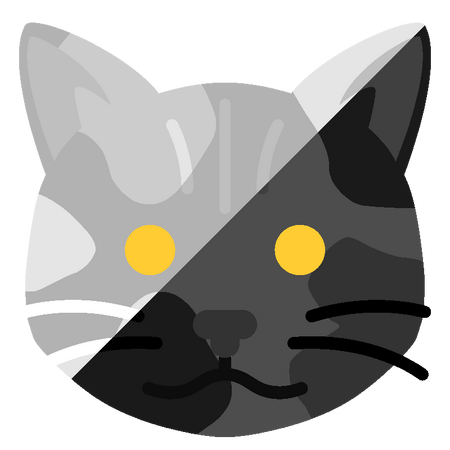 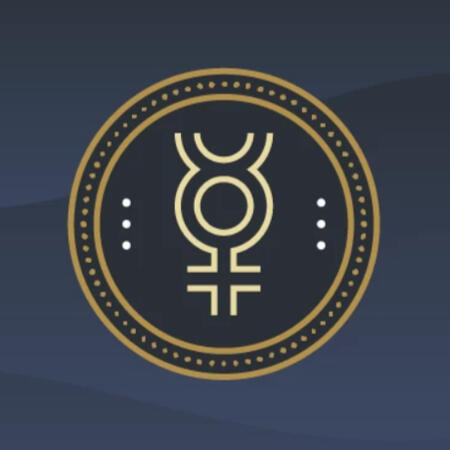 ⎇ Polymorph - the core of who and what wei are, a formless, shapeshifting and shape-mirroring energy being called Vanish. The part of muis wei consider Divine and Deific.

⎇ Nancy Drew - I dunno. Cuz wei wanna. Wei spent long enough going "hmm" at it to give up questioning if it's a fictionkin thing and just decide on being Nancy regardless. Probably mostly Alice's thing.